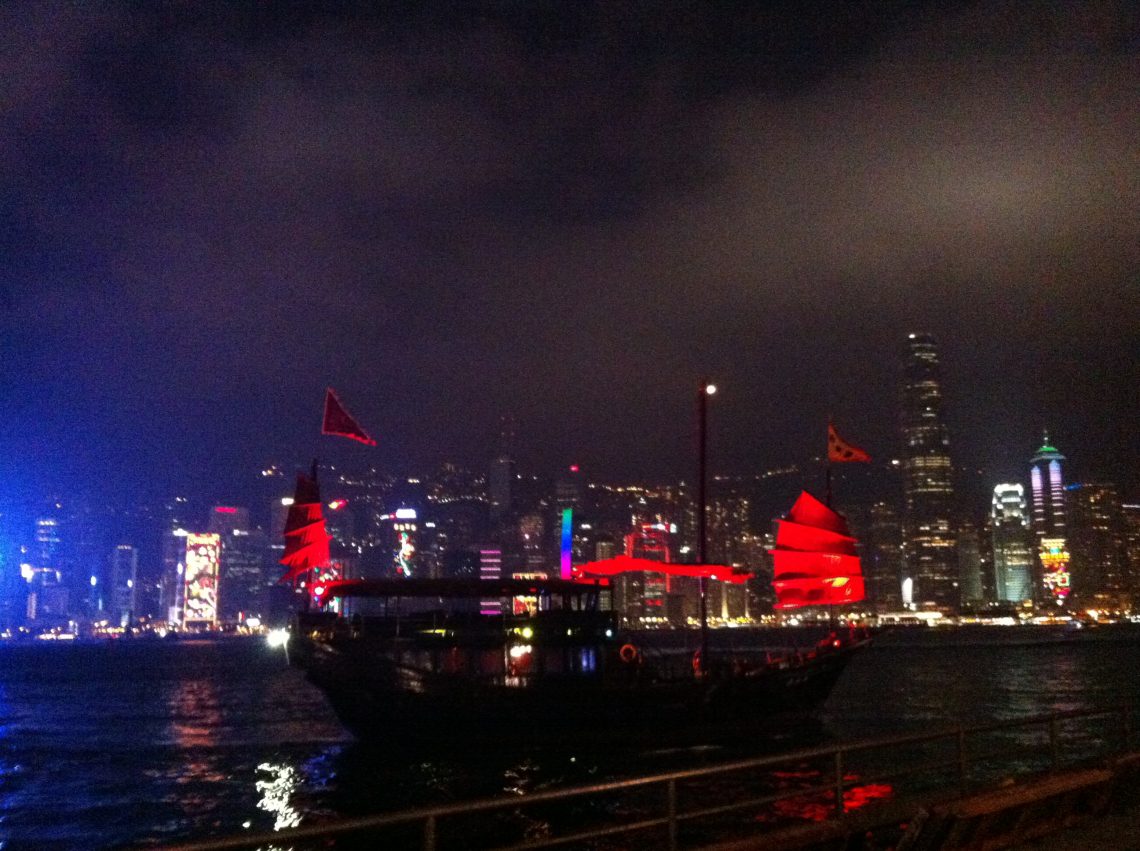 Firstly, in Hong Kong typically universities use English as the medium of instruction.  Chinese (Cantonese and, increasingly, Mandarin) is used as a supplement. So in theory, you are on the same playing field as your Chinese classmates. Very often this means you can choose courses in line with your interests and career plan.

The situation is different in Beijing.  While Chinese universities continue to increase the number of English-language programs to attract for more international students, the vast majority of classes, particularly electives taught in conjunction with those “normal” programs, are conducted almost exclusively in Chinese.  So, if you are a non Chinese-speaker, then you may be faced with a limited number of courses to choose from.  More often than not, your choice for some courses are done out of necessity (to fulfill credit requirements) than preference or interests.

Secondly, there are some of us who plan to study in English Hong Kong and hope to pick up Chinese language skills on side, either for further studies in China or career. This could be a good strategy. Nevertheless, your success, in particular in attaining a workable command of Chinese (i.e. beyond ordering food) will depend on your determination and commitments. For one reason, being an international city as Hong Kong is, one can get around and live a daily life fairly easily in English. In other words, you can be spoilt for language choices.

In Beijing, the English language “luxury” may not be readily available. This could be frustrating for non-Chinese speakers especially if you are new arrivals.  However, if your plan is to learn Chinese language while studying in English for a degree, this could work to your advantage.  So, in this case exposure is the key.  In Beijing, you are in a 24/7 Chinese language lab; and fees for private language lessons are typically cheaper than Hong Kong.  Plus, the “Capital” accent (perhaps minus the “er”) is said to be as posh as the Queen’s English.  And for those aspiring “China watchers”, Beijing as the centre of power in Chinese politics is certainly the place to be.

Thirdly, degree programmes in English are still rare at universities in Beijing.  As a result, you do have to pay a premium for such “privilege”.  In general, tuition fees for courses in English are higher than similar ones on offer in Hong Kong.  The fees can be higher for those courses organised in collaboration with a third English-speaking university.  This was the case for the Masters programme I was in (Peking University – London School of Economics and Political Science Double MSc in International Affairs).  I recalled paying back then a whooping RMB 80,000 for a one-year tuition at Beida.  It would have cost me half that amount for a similar MSc course in Hong Kong.

Nevertheless, the cost of living in Hong Kong is generally higher than that in Beijing  (although the latter is fast catching up).  This includes accommodation, transports, and food.  So, all things considered, cost-wise there may not be much differences in studying in English in Hong Kong and Beijing.  They can be equally expensive, but worthwhile for future career.

My suggestion? Hong Kong if you are a non Chinese-speaker, and want to play it safe and convenient, both in living your daily life, and in choosing courses that you are really interested in, subject to availability.  For those who fancy an adventure in Chinese and in observing what is going on in China, Beijing is the place to be.

Lauren has worked in economic policy and research at the World Bank, World Economic Forum, EIU and for the governments of Sierra Leone and Guyana. She has learned Chinese since 1995, and lived in Beijing for almost six years, on and off since 1997. Lauren has a PhD in Economics from Peking University, an MSc in Development Economics from the School of Oriental and African Studies (SOAS) and a B.A/B.Com from the University of Melbourne.